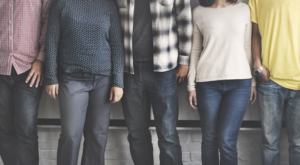 The cannabis reform movement snowball is rolling, and it’s only getting bigger with every election cycle. While recreational marijuana has been legal in Oregon since 2015, the recent legalization of recreational use in four states has opened up more people to the benefits it can provide, such as lessening social anxiety. This may be unchartered territory for newcomers, but millennials have been on board since, well, ever.

The 1960s brought us tie-dye and sit-ins and images of hippies smoking marijuana. If there was a moment in which you could pinpoint when that ethos officially ended, it might have been with the “war on drugs,” although disco likely had a hand in there. The war on drugs changed the way the general public viewed drug use of all kinds. As a result, the 1980s saw some of the lowest ratings in support of marijuana use, medical or recreational. Now, a majority overwhelmingly agrees, regardless of political affiliation, that cannabis does not represent the slogan of the gateway drug that so many political campaigns touted.

In fact, from 2005 to 2016, adults nationwide have moved from a 35% approval of recreational marijuana legalization to a 60% approval. Millennials approve overwhelmingly of legalization by a whopping 77%. While there is a decent difference in support between, say, millennials and baby boomers, the latter have seen their support numbers increase. Since a dismal 17% amount of support for legalization in 1991, baby boomers are now at a majority with 54% for recreational use. Maybe some of them are finally starting to listen to millennials as they near a well-earned retirement.

So, why have millennials embraced the legal use of cannabis more so than any other generation? Millennials may differ in opinion on what their favorite artist or band is, or even if they’re a millennial at all (the target age ranges from those born from 1981 to present day), but one trait they share is the fact that they’re the most well-informed generation we’ve seen yet. They research everything. They’ve likely studied the health benefits of cannabis use when compared to consuming alcohol. They’re smarter, also, about the effects of marijuana compared to previous generations. According to a 1972 Gallup poll, 60% of Americans thought marijuana was physically addictive. So, it’s no surprise that they want a system in which the cannabis they purchase is tested and studied.

With an increase in accessibility, dispensaries can offer lab-tested, thoroughly researched, organic, non-GMO products made by a team of reputable growers and sellers. By making it easier to attain and use marijuana safely, customers are less likely to be scared away from the process and are more apt to ask questions to make responsible decisions. And it’s not just smoking that millennials love—edibles, oils, lip balms, liquid tinctures, vaporizers—they’re all up for grabs.

As millennials become even more engaged with public policy and make their voice heard in upcoming elections, support could likely increase further for medical marijuana and recreational marijuana law leniency. As more states move in this direction, the question isn’t whether if it will become legal nationwide, but when.

Previous
We Deliver
Next
Daily Deals