We reached out to our friends at Select Oil to hear their take on the difference between CO2 Oil and Distillate, here’s what they had to say.

Carbon Dioxide is a wonderful little molecule. At standard temperature and pressure, CO2 exists in a gaseous state. It helps regulate the temperature of the earth’s surface through the greenhouse effect. CO2 is used by plants to make carbohydrates and is released as life giving oxygen. It creates the lovely little bubbles that tickle your nose when you drink your favorite carbonated beverage. Most importantly it can be used as a non-toxic solvent for extracting cannabinoids. Under sufficient pressure CO2 exists in a liquid state. During CO2 extraction the liquid CO2 dissolves and washes the cannabinoids and terpenes away from the cannabis plant matter, creating a concentrated cannabinoid oil. Any remaining CO2 in the cannabis oil quickly evaporates creating a waxy, solvent free cannabis concentrate. This concentrate can be consumed in this form, however it is more commonly processed further to remove plant waxes and lipids that get concentrated along with the cannabinoids. In this process ethanol is used to dissolve the initial CO2 oil. This ethanol/CO2 oil is placed in a freezer to chill the solution below zero. As the temperature drops, waxes and lipids coagulate and precipitate out of the ethanol solution. The precipitated waxes/lipids can then be filtered away from the ethanol/CO2 solution. Ethanol is then removed from the CO2 oil creating a cannabis oil free of waxes or lipids.

CO2 Oil made with proper technique should be a clear light amber colored oil. The potency of CO2 Oil typically ranges from 50% to 70%, with cannabinoid profiles representative of the cannabis material being used. Many consumers prefer CO2 oil because carbon dioxide is non toxic.

Distillation is the process of separating components of a mixed system by their corresponding boiling points. This is more commonly known in the alcohol production industry where the distillation results in the removal of toxic methanol and concentration of ethanol.  Cannabis distillate is a broad term used to describe a highly purified cannabis oil. Cannabis distillate can be made using any form of cannabis extract (ethanol extract, CO2 extract BHO/PHO etc.). Crude cannabis extract is distilled by heating the cannabinoids to their boiling point. The cannabinoid vapor condenses and is collected in a new container while undesirable components such as chlorophyll remain in the original container. Residual solvent used during initial extraction is removed during distillation and the resulting distillate is solvent free.

The result is a high purity cannabis oil that is transparent to light yellow with total cannabinoid potencies ranging from 80% to 90% or higher.

Comparing CO2 extract to distillate is like comparing apples with oranges. Cannabis distillate has a clean and smooth flavor and the user experiences more potent effects than CO2 oil. CO2 oil has a lower price point than distillate and can carry a wider range of cannabinoids and natural flavor. Which do you prefer? 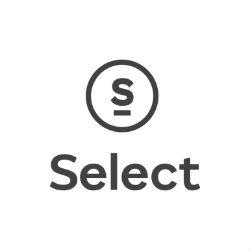