The Seeds of Marijuana In Music History

Music has forever been linked to mood altering substances, perhaps because it has that power of alteration itself. Whether discussing heroin and the jazz age or MDMA and its links to techno, music scenes have been characterized by their ability to match substances to musical tones. Perhaps no drug has left a greater mark than recreational marijuana, which has left its unique impact across a multitude of musical genres.

One man alone has written enough about recreational marijuana to forever link its use to country music. Willie Nelson has never been shy about his penchant for lighting up, but it has never affected his productivity. Currently, country star Ashley Monroe describes her perfect relationship in “Weed Instead of Roses,” a clear signal about her preferred, laid-back kind of man. 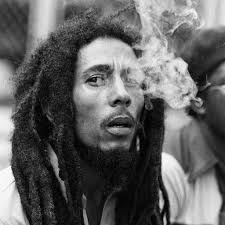 From religious use to lyrical shout-outs to the pure feel of the music, reggae is baked in a deep history of mutual love with recreational marijuana. Bob Marley is at the forefront of this legacy and, for better or worse, can be found staring from posters hanging in dorm rooms across the country. Interestingly, Reggae artists who practice the Rastafari religion believe medical marijuana to be the Tree of Life as mentioned in the Bible in the book of Genesis. In Rastafarianism, cannabis is perceived to be used to create unity and peace, which is a theme in many Reggae songs. In fact, many Rastafarians believe that the use of marijuana can bring an individual closer to God. Other late artists, such as Peter Tosh and Jimmy Cliff, upheld this sacred Rastafarian bond, and Ziggy Marley still practices the religion reflected in his music today.

Bob Dylan rose to unfathomable heights in the 1960s, playing in Greenwich Village, a hub of artistic cross-pollination. Marijuana use was intrinsically part of the pollination, and Bob Dylan reportedly turned the Beatles onto the mind-opening substance. The female pillar of the folk community, Joni Mitchell, was also an outspoken proponent of marijuana.

As the sixties’ peace movement spilled into the more caustic seventies, people still needed marijuana to calm the nerves and provide inspiration. Rockers like Jimi Hendrix used it, along with other substances, to achieve mind melting guitar riffs. Even more straight-laced groups like The Beach Boys incorporated it into their songwriting ritual. Contemporary rock bands like Cypress Hill have continued the tradition with songs like “Hits from the Bong.”

The Beatles were rumored to partake in recreational marijuana and referenced the drug multiple times in songs. Again, the 1960s were a time of exploration, and musicians often led the way with such exploring. Currently, pop stars like Miley Cyrus, Rihanna, and Justin Timberlake have admitted to smoking marijuana. Justin Timberlake even said, in an interview with Playboy, that sessions with marijuana helped him stop thinking so much, saying, “Some people are just better high.”

Rap supergroup Run the Jewels smokes the entire time they are recording their album, which doesn’t seem to dampen their fiery lyrics at all. If anything, it gives them motivation and lets them push the boundaries of their creative processes. Wiz Khalifa, as well, devotes many of his songs to the joys of recreational marijuana, positioning himself as “the rap game’s Willie Nelson.” The list goes on, but the record is clear: marijuana has a defined and healthy relationship with rap.