Marijuana Documentaries That Inform And Surprise 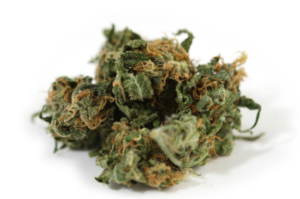 America has a long, complicated history with marijuana. Both cannabis enthusiasts and history buffs will be fascinated to learn how the public perception of marijuana was formed and how that continues to change up until today. These documentaries explore the past demonization of cannabis, the misinformation around its use, and the culture that has developed around it.

Sanjay Gupta is best known as CNN’s medical correspondent. In this documentary, Gupta explores the side effects of various marijuana strains, as well as the historical timeline and politicization of cannabis. Through the show, we witness Gupta become a marijuana advocate as he explores the benefits while uncovering the propaganda that helped incite the “War on Drugs.”

This documentary eschews the political to focus in on the medical properties of marijuana. Through a wide range of interviews with patients and those within the medical health field, “Clearing the Smoke” presents a compelling case for cannabis being an herbal treatment for pain, aches, and nausea. Rau even shows evidence for marijuana and marijuana edibles to have a role in treating glaucoma, epilepsy, and cancer.

This documentary is the brainchild of comedian Doug Benson, who also stars in a YouTube show “Getting Doug with High.” Obviously, he could be considered a marijuana advocate. The premise is that Doug gets high for thirty days straight while traveling and exploring American smoking culture. The show is a lighthearted, comedic look at marijuana that also raises intriguing questions about legalization.

The documentary also argues for the underutilized health benefits of marijuana strains, but also expands its scope to hemp in the textile industry. Combining economics, politics, and personal anecdote, this movie takes the viewer on a behind-the-scenes look at the marijuana industry.

This is the sequel to the previously discussed documentary, zeroing in on the “War on Drugs” and its effects on the industry and consumers. Harvey pulls no punches examining private prisons, the pharmaceutical industry, and law enforcement’s view on cannabis.